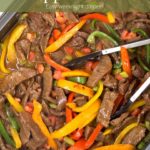 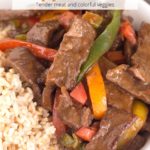 A quick and tasty weeknight meal, Pepper Steak is the perfect combination of tender meat and colorful veggies dripping in a savory asian-inspired sauce. It is healthy AND delicious, a family winner if there ever was one!

Tender, melt in your mouth steak ✅
Colorful, healthy veggies ✅
Easy to make on a crazy night ✅
Makes fantastic leftovers ✅
Can be prepped or frozen ahead ✅

What more could you ask for? Pepper steak is super simple to pull together and meets every qualification for the best weeknight meal. Serve it alongside a bowl of brown rice and you’re good to go!

Pepper Steak has a well known story in our family. As a kid, my dad would often explore the desert near his house. One day when he was out exploring with his mom, they stumbled across an old Great American recipe card for Spicy Pepper Steak. True to her adventurous spirit, his mom went home and made the recipe… and they loved it! The recipe card is still in the family today, two generations later. Just goes to show that great recipes really can come from anywhere.

Flank steak: This is the best cut of meat for this recipe, but you can substitute with top round or sirloin steaks.
Soy sauce: The main marinade ingredient that adds flavor and helps the meat get nice and tender.
Garlic: Buy it minced or mince your own.
Paprika: I don't suggest using smoked paprika for this recipe. Just regular paprika will do.
Ground ginger: A little goes a long way. You can substitute fresh if needed.
Vegetable oil: Or canola oil.
Bell peppers: Use your family's favorite colors, they're all good!
Celery: Chopped small for extra veggies and texture.
Cornstarch: Just a bit to thicken the sauce at the end.
Water: Mix with the cornstarch to create the sauce.
Tomatoes: Chopped tomatoes go on at the very end for a touch of fresh, bright flavor.

This is the most important part if you want soft, tender meat: Slice the meat into thin slices, about ¼ inch thick, against the grain. When you look at the meat, you will notice it has long strands all running one direction. This is the grain. You want to cut the meat in the exact opposite direction, or perpendicular to the grain, for super tender meat.

Once the meat is cut, combine the marinade ingredients and let the meat marinate in a bowl or zip bag for, soaking in all those delicious flavors. When it's time to cook, drain the meat really well over a bowl, but keep the marinade! This becomes the yummy sauce later on.

In a hot skillet (I use a large electric skillet like this one), cook the meat in a single layer until it's beautifully brown and almost cooked through. Remove the meat and do the same with the veggies, cooking until they are tender-crisp.

And now for the best part! Put the meat, veggies, leftover marinade, water, and cornstarch all back in the skillet. Within just a few minutes you'll have a thickened, bubbly sauce that smells soooo good. Top with fresh tomatoes and you're ready to serve!

Prep Ahead and Freezer Options

Prepping Pepper Steak a day ahead is easy peasy. Marinade the meat in a ziploc in the fridge, slice up the fresh veggies and store in an air-tight container. When you're ready to cook, just continue the recipe as directed.

If you are prepping more than a day ahead, I would take the freezer route... because there's nothing better than having a few meals mostly ready in the freezer. Slice the meat as directed, mix it with the marinade in a ziploc bag, and freeze it just like that. When you’re ready to make it, thaw the meat overnight in the fridge or for several hours on the counter. Then just slice the fresh veggies and cook it up in a jiffy!

If you try this recipe, please leave a comment and star rating below to let us know how it is! We’d also love to connect with you on Facebook, Instagram, or Pinterest. Tag @borrowedbites or hashtag #borrowedbites to show us your food! To get our new recipes straight to your email, subscribe to our newsletter. 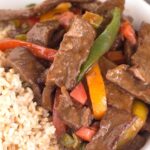 Hi there, I’m Misty! Since just three years old, the kitchen has been my second home. Years of cooking, trying, and serving new recipes to my favorite people has me excited to share our all-time favorites with you!

Tried one of our recipes? Tag @borrowedbites on Instagram. We’d love to see!

Hi! We are Danielle and Misty: a mom and daughter with a serious passion for seeking out the best recipes to serve again and again to those we love. With a mix of everyday favorites and indulgent weekend fare there is something here for you and yours as you develop your own family traditions. Read more about us! 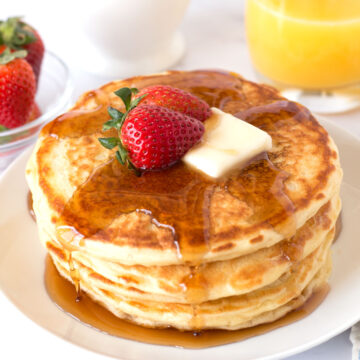 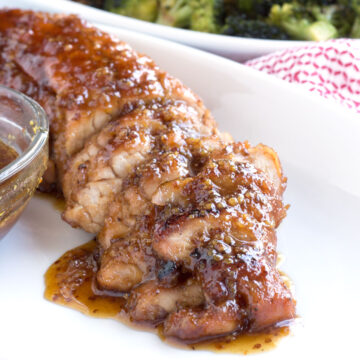 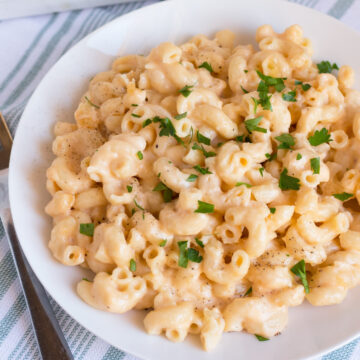 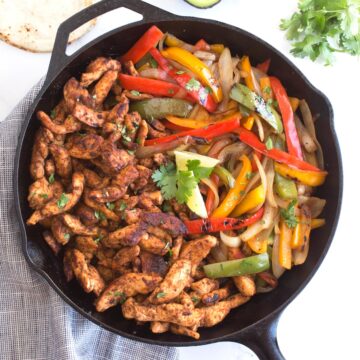 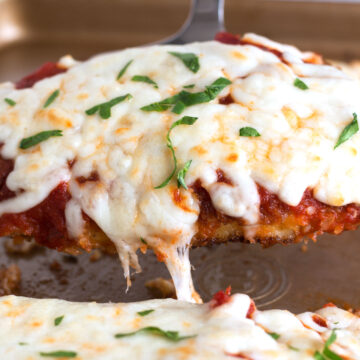